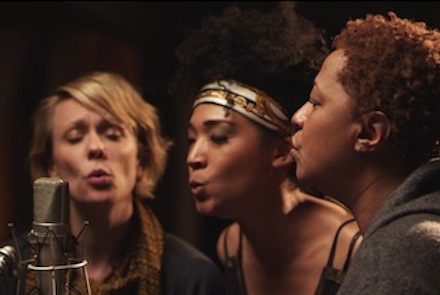 The story of the unsung heroes or backing singers that, from the shadows, have helped shape rock and pop music for decades. Former Sensoria special guest Morgan Neville finally puts the spotlight on just some of these super gifted chanteuses (and chanteurs), covering a wide spectrum of musical styles. Their tales are at times endearing, frustrating and uplifting, between them having worked with many of the biggest names in rock and pop from Phil Spector to Michael Jackson. The film features a great soundtrack plus interviews with members of the Rolling Stones, Bruce Springsteen, Sting and Stevie Wonder and footage includes performances with Sheffield’s own Joe Cocker.

Admission over 18s only.

This entry was posted in Film, News, Programme. Bookmark the permalink.