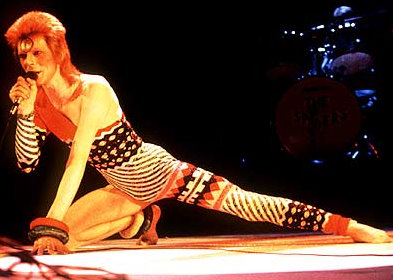 The Sacred Triangle examines the genesis of three seminal albums produced in the early ‘70s that forever altered the future of rock music: Lou Reed’s Transformer, Iggy and the Stooges’ Raw Power and David Bowie’s The Rise and Fall of Ziggy Stardust and the Spiders from Mars.

The emergence of the Ziggy persona takes precedence in the film (as it appears it did in the artists’ manager’s masterplan..).  Using a combination of interviews and rare footage – the film also explores the influence of the New York art scene and the theatrical production Pork.

* With an introduction from Andrew Smith.