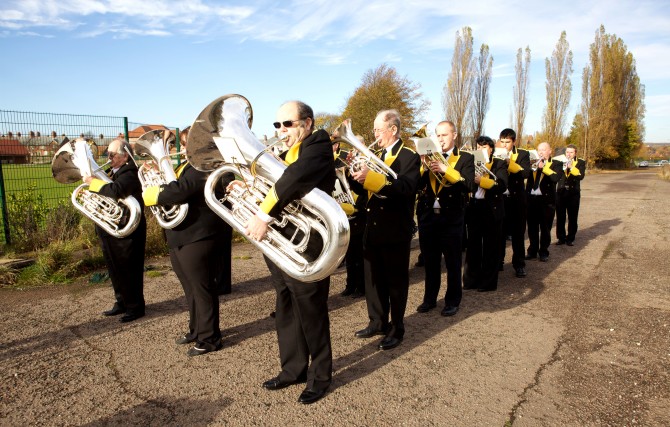 The event will be made all the more special with live music from the Creswell Colliery Band.

A short documentary about the past, present and future of the Creswell Colliery Band and the community surrounding it. Creswell is a small former mining village on the border of Nottinghamshire, Derbyshire and South Yorkshire. The Bolsover Mining Company sunk the pit in 1896 and the band was formed shortly after by all accounts.

The film is a collaboration between filmmaker and band and looks at the idiosyncratic culture of brassbanding at least 20 years after most of the pits serving the bands closed for good. It examines ideas of individuality, collectivism and community through the eyes of band members.

Underground Music is the result of a commission by Junction Arts and Limestone Journeys.

The Miners’ Hymns (U)

This elegy, in film and music, to the coal mining history of north east England, is the product of an exceptional creative collaboration between renowned filmmaker Bill Morrison (Decasia) and acclaimed musician and composer Johann Johannson.

Collaged from archive film footage and drawing on the region’s brass music culture, the Miners’ Hymns celebrates the labour, endurance, vibrant community and rich culture that characterised the lives of those who worked underground.

This entry was posted in Film, Music, Programme. Bookmark the permalink.