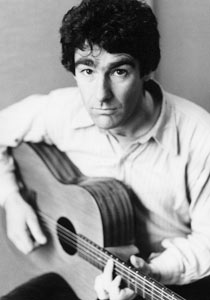 Nic Jones is a legend of British folk music. Though poised for international stardom after his 1980 album Penguin Eggs was widely acknowledged as a classic, a near-fatal car crash in 1982 changed his life forever. Almost every bone in his body was broken.

The Enigma of Nic Jones tells the story of Nic’s determination to sing again and his return to the stage 30 years later.

In a recent poll by The Observer, Penguin Eggs was rated number 79 of the ‘100 Best Records Of All Time’ – amazing for an LP that never actually charted. Nic has inspired a whole generation of younger artists, including BBC Radio 2 Folk Awards winners Jim Moray, Eliza Carthy, Sam Carter and Blair Dunlop. They all appear in the film, as does critically acclaimed American singer/ songwriter Anais Mitchell.

* We’re really pleased to have Sam Carter, featured in the film, introduce the screening. Sam Carter will be playing at the Library Theatre later on the same evening.