Ziggyology – a talk by Simon Goddard 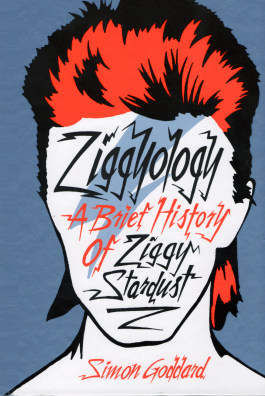 Off The Shelf Festival of Words presents Ziggyology

He remains the greatest invention in the history of pop music: Ziggy Stardust, the glam rock alien messiah who transformed David Bowie into an international superstar and changed the face of music forever.

A work of supreme pop archaeology by music journalist Simon Goddard, the book marks the 40th anniversary of Ziggy’s legendary ‘farewell concert’ at London’s Hammersmith Odeon. By cosmic coincidence, it also aligns with Bowie’s headline- making comeback of 2013 and a major retrospective exhibition at the Victoria and Albert Museum.

This entry was posted in Music, Programme. Bookmark the permalink.